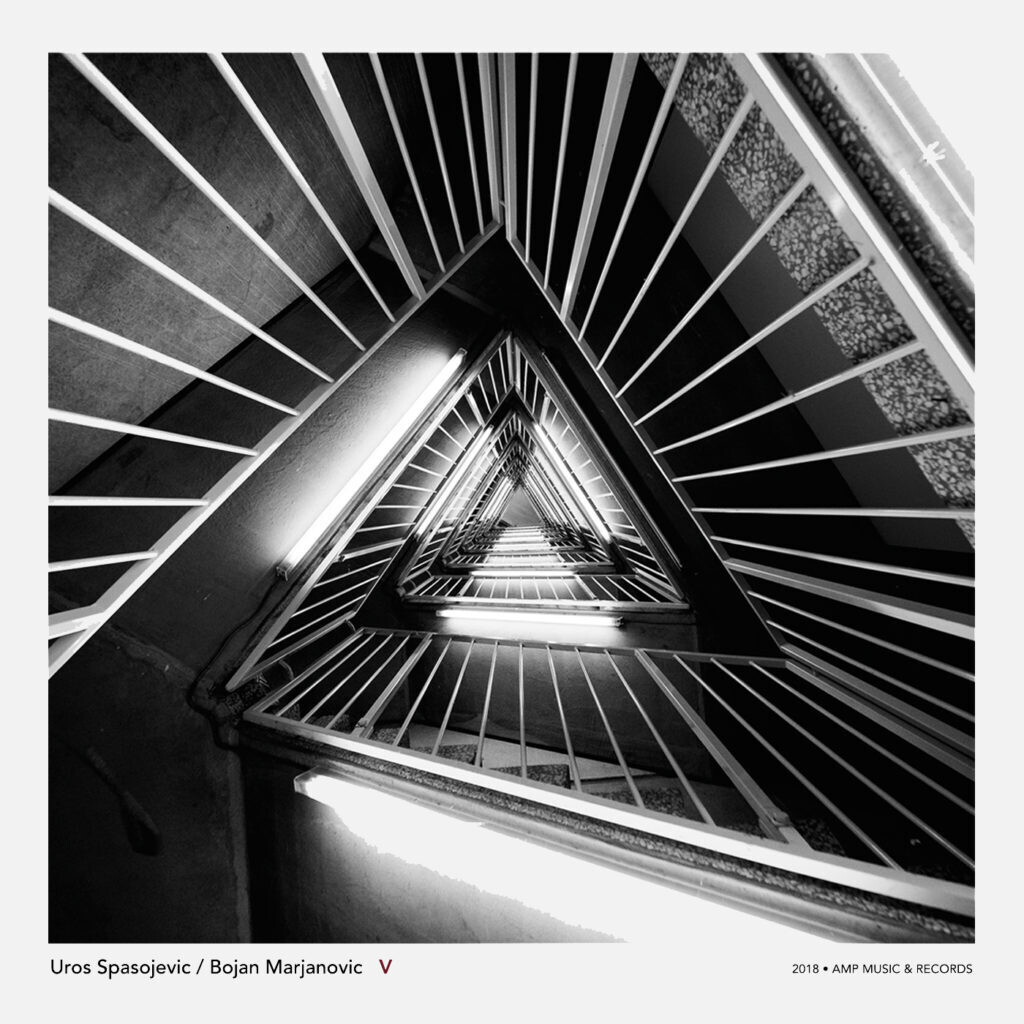 SKU 00001
kr150.00
In stock
1
Product Details
This conceptual duo album is influenced by Norwegian pianist and composer Ketil Bjørnstad and since the project started as part of a cinematic concept, the music on V could be likened to a soundtrack to a future film. A sound that embodies the tension of contrast and complement between two strong instrumentalists. What at first may seem like opposing signatures will in the end unite into something fresh and enchanting.

Together, Uros and Bojan build a path into the listener’s experiential horizon, erasing that liminal boundary where the past ends and the future begins. Their dialogues are defined by deconstructive treatments, roles, and expressive possibilities of their assemblage. Highlighting the melodic function of the electric bass, the piano explore varying textural models and parts in the vein of contemporary classical music. In most pieces, the bass’s timbres and moods are combined with through-composed material, thus creating an indivisible entity.

Save this product for later
Display prices in: NOK